Everything You Need To Know About US Election

According to the rule passed by Congress on 27th February 1951, one can only be president of the U.S of America for only two times. Eight years in total only.

In the U.S there are two prominent ruling parties right now. One is REPUBLICAN which is more considered as a conservative party with more strict rules regarding immigration, citizenship, etc. Donald Trump who is the current ruling president is again there a candidate for the upcoming 4 years. They have stronger support especially from the rural parts of America.

The other party is DEMOCRATIC which is said to be a more liberal party. Joe Biden is their candidate for this election. He is an experienced politician and was the Vice President of Barak Obama for eight years. He is one of the oldest candidates nominated for the President-ship with age 78 years.

The process of the election can be simply defined as that there are a total of 538 seats out of which a party needs to win 270 or above. The candidates from each state are elected by the votes of the population. Then the selected candidates called "ELECTORS" are the people who further decide the name of the President and Vice President by the process called Electoral College. 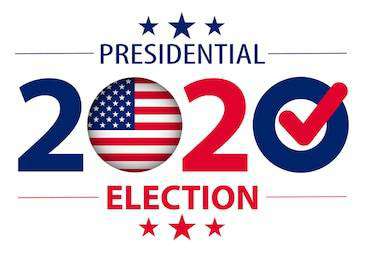 More precise details can be found on the official website of the American government.

Due to Covid-19 this year the procedure has been shifted more towards online. It is said that 90 million or maybe more by the passage of time votes have been cast online via mail.

IS U.S ELECTION IMPORTANT FOR ALL OTHER COUNTRIES?

The answer is YES. Because it is not just a matter of election of the U.S or the selection of President. It is beyond that because the leadership of the U.S of America is going to impact the other countries. Their immigration to America or the terms and conditions they are going to implement matters a lot throughout the world. America is the superpower and its President is the most powerful man on Earth. So his decisions and rules are going to impact the other countries